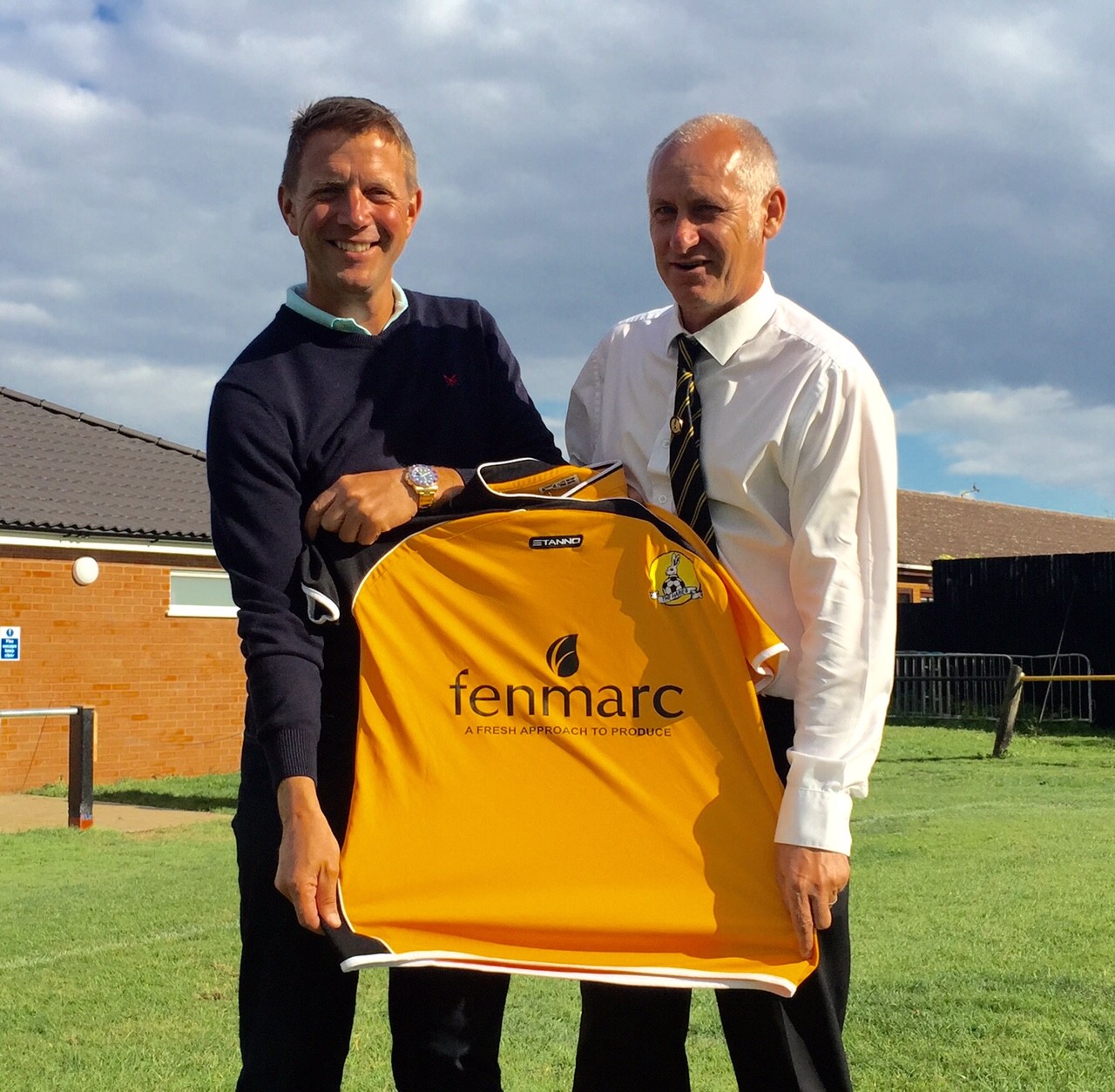 On Saturday 15th August our Managing Director Richard Anderson (above, left) attended the first March Town FC league game of the season to present club Chairman Phil White (above, right) with a kit to mark the start of the eighth season of Fenmarc sponsorship.

We’ve been involved in the club since the start of the 2007 season and have been the main club sponsors, featuring our logo on the First and Reserve team kits, for the last five seasons. The new deal covers the 2015/16 and 2016/17 seasons.

Phil White said ‘we’re delighted to have Fenmarc on board again for the next two seasons, Richard and the team have been really supportive over the last seven years and we hope to be able to continue this relationship for a long time to come’.