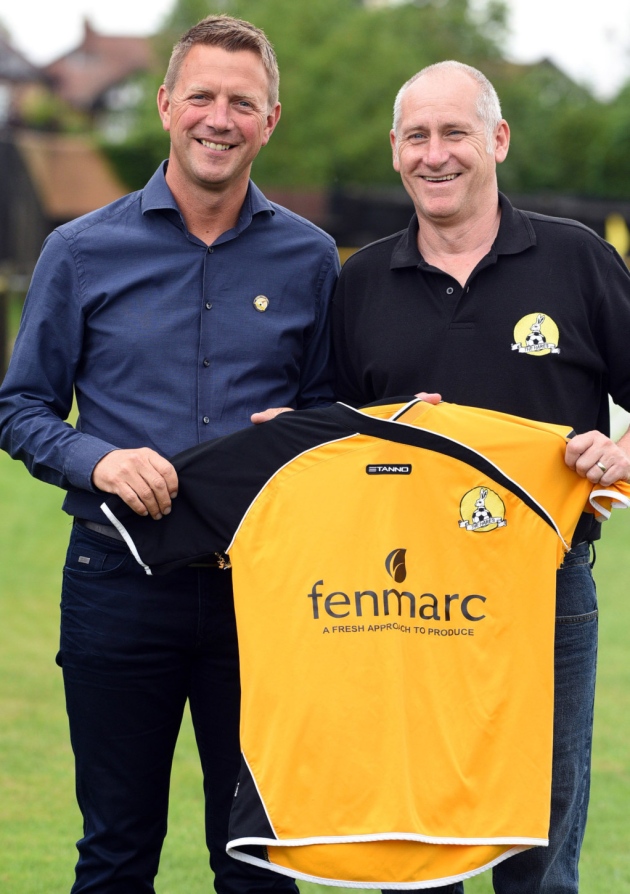 On Saturday 29th July, our Managing Director Richard Anderson (above, left) attended the first March Town FC game of the season to present club Chairman Phil White (above, right) with a new kit to mark the tenth season of Fenmarc sponsorship.

Fenmarc have been supporting March Town FC since 2007 and have been the main club sponsors, featuring our logo on the First and Reserve team kits for the past seven seasons.